Positive Negatives – If Carlsberg Did Mortgages! 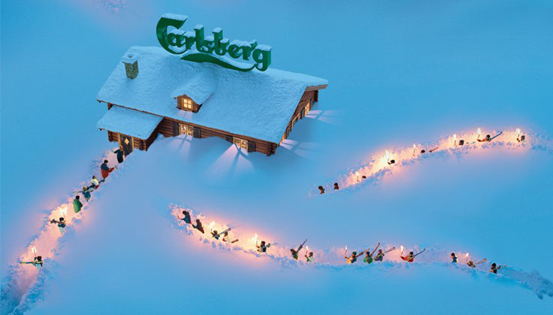 Home owners in Denmark are currently enjoying a rather unique situation – with zero percent central bank interest rates and home loan products colliding to produce negative interest rate mortgages – meaning that a bank pays a borrower for taking out a loan! Yes, that’s right, a borrower pays back less than the amount that have been loaned!

Jyske Bank, Denmark’s third largest, has begun offering borrowers a 10-year deal at -0.5%, while another Danish bank, Nordea, says it will begin offering 20-year fixed-rate deals at 0% and a 30-year mortgage at 0.5%.

A handful of fortunate UK borrowers enjoyed a similar situation before the 2008 global banking crisis, when some lenders offered products tracked at one or two percentage points the below base lending rate, so when the Bank of England reduced rates to 0.5 percent in 2009, home owners were quids in. But the situation in Denmark certainly raises the question as to whether we could see a similar situation returning to these shores if Brexit leads to a cut in rates once more, as some financial observers predict.

Admitedly, the Danish mortgage situation has only been made possible because Denmark, as well as Sweden and Switzerland, has seen rates in money markets drop and mortgage rates flipped on their head, for example UBS last week told its wealthy Swiss clients that it would introduce a charge of 0.6% a year if they deposited more than 500.000 Euros.

Unfortunately, here at The Financial Planning Group, we cannot offer our clients Danish mortgage products, however, we can provide the lowest rates currently available, for example, last week we secured several clients five-year fixed mortgages set at 1.71 percent, with the three-year equivalent set at 1.61 percent, which they were delighted to have secured.

Steve Padgham, head of mortgages at The Financial Planning Group, is able to help his clients reserve low-rate mortgages that will remain available for the next six months, which provides real peace of mind. And, if better deals emerge within that period, clients can switch to those instead – it’s a real no-brainer.

Firstly, we hope you and your family are safe and well.
Here at The Financial Planning Group, we are assessing the COVID-19 situation on a daily basis and, as officially nominated Key Workers, our office will continue to operate as close to normal as possible and our staff will remain available during office hours to offer help and advice to our clients either on the telephone or via e-mail.
We are aware there may come a time when we have to close our offices temporarily, at which point we have a contingency plan that will come into practice to enable us to continue operating remotely.
The COVID-19 situation is fast moving and changes on a daily basis, however, we will continue to offer our clients advice, as well as the reassurances they need at this very unsettling time.
Again, our phone lines will remain open, our staff will continue to operate, and access to your financial adviser will remain available.
If you have any concerns, please contact us in the normal way.
As always, stay safe and healthy… from all of us at The Financial Planning Group.
If you are not currently an FPG client, but would like to receive our e-newsletter updates, please enter your e-mail details below, then press the subscribe button.