Unexpected Surge In Property Interest – But Will It Last? 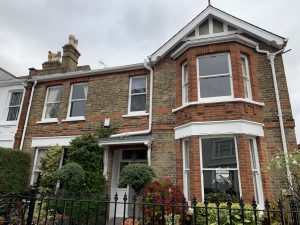 The re-opening of the UK property market, following seven weeks of restrictions during lock-down, has seen a surge in viewings and offers, a combination which, it is hoped, will stave off the worst of the predicted house price drops from reaching fruition – in the short term at least.

Online property portal Zoopla’s director, Richard Donnell, said of the situation: “The scale of the rebound in demand for housing is welcome news for estate agents and developers, but it is also surprising given projections for a sharp rise in unemployment and a major decline in economic growth.”

A survey of 2,000 individuals by Zoopla found that 60% of buyers in the UK are planning to continue with their search for their next home, and of those, 22% felt they had not been impacted by COVID-19 and expected to continue unaffected.

The survey also showed that whilst 37% of buyers felt they had been impacted to some extent, they were looking to continue with their purchase as soon as possible regardless. However, 41% felt they would have to put any plans to move on hold – citing market uncertainty, an expected loss of income and a more general reduction in their financial confidence.

For those households looking to sit tight and perhaps consider re-mortgaging to a new discounted fixed term deal, Nationwide Building Society has knocked 0.25% off of its two, three, five and ten-year fixed rates switcher mortgage products, as well as its two-year tracker mortgages.

If you would like to discuss what options are available to you, or enquire about securing a low-rate mortgage product that’s right for you, please contact Steve Padgham via Steve.Padgham@fpgonline.co.uk or call him on 020 8614 4782.