What Goes Up Doesn’t Necessarily Have To Come Down 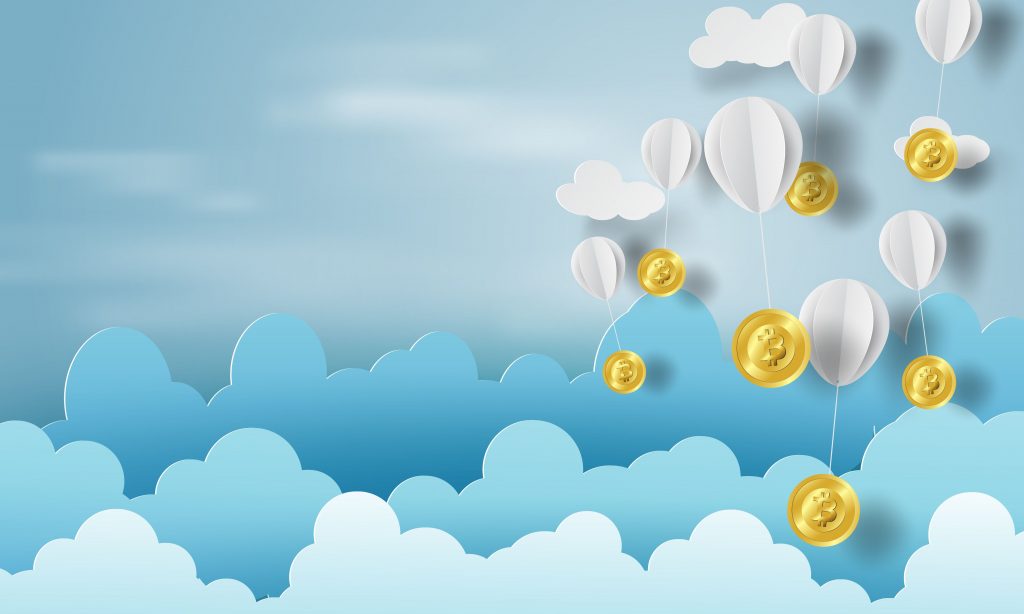 Investors are often conflicted about record-high stock prices. They are pleased to see their existing portfolio holdings gain in value but apprehensive that higher prices somehow foreshadow a dramatic downturn in the future.

The traditional “buy low, sell high” mantra suggests committing funds to shares at an all-time high is a surefire recipe for disappointment. This is of course an untruth.

Investors should treat record high prices with neither excitement nor alarm, but rather indifference. Using month-end data over the 94- year period ending in 2020, the S&P 500 Index produced a new high in ending wealth in more than 30% of those monthly observations. Moreover, purchasing shares at all-time highs has, on average, generated similar returns over subsequent one, three, and five-year periods to those of a strategy that purchases shares following a sharp decline, as the chart below shows; 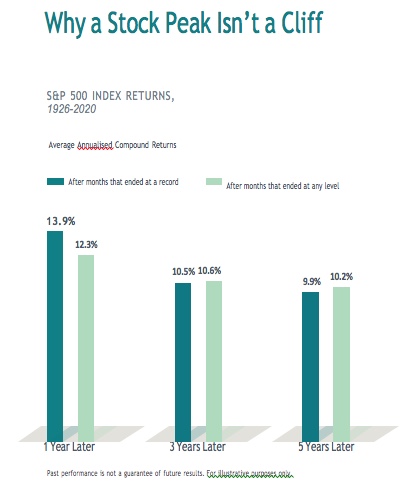 In looking at all monthly closing levels between 1926 and 2020 for the S&P 500 Index (chosen for its comprehensive return history), 30% of the monthly observations were new highs.

After those highs, the average annualized compound returns ranged from nearly 14% one year later to just under 10% five years later. Those results were close to average returns over any given period of the same length.

Reaching a new high doesn’t mean the market will retreat. Stocks are priced to deliver a positive expected return for investors, so reaching record highs regularly is the outcome one would expect.

Humans are conditioned to think that after the rise must come the fall, tempting us to fiddle with our portfolios. But the data suggest such signals only exist in our imagination and that our efforts to improve results will just as likely penalise them.

According to Weston Wellington, Vice President at Dimensional Fund Advisors, “Investors should take comfort knowing that share prices are not fighting the forces of gravity when they move higher and have confidence that record highs only tell us the system is working just as we would expect – nothing more.”

If you would like to find out more about investment strategies for 2022 and beyond, please call Tim Norris on 020 8614 4780 or e-mail Tim.Norris@fpgonline.co.uk.